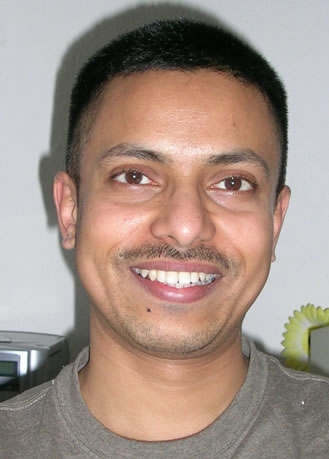 Research Areas: Strongly Correlated Electron Systems, Quantum Magnetism, Spintronics and Quantum Information Processing, Topological Insulators. \I work on Strongly Correlated Electron systems, probing certain aspects of Magnetism and Transport in localized moments as well as itinerant electron moments based compounds, which include both intermetallic and oxide compounds in addition to some molecular magnets, which are essentially low-dimensional systems. I study Kondo Lattices (Heavy Fermions), dilute Kondo Systems, Non-Fermi liquid like behavior in the localized moment systems where as doped manganites and spin polarized tunnelling in granular materials as well as artificially fabricated tunnel junctions in the itinerant moment magnetic systems. In the molecular magnets, I am interested in studying low dimensional, low spin systems where the system will behave like quantum mechanical system at low temperatures and the ensuing spin system will be like a Heisenberg chain. One can probe the quantum nature of the ground state in an antiferromagnetic ground state; the system will be in an entangled state. This entangled nature of the ground state can be used in Quantum Information Processing and quantum communication through spin chains. In addition to these I also work on Topological Insulators, where, the surface is conducting but the bulk is insulating. These surface states are topologically protected and can be used to encode quantum information, which is resistant to decoherence and can be used for fault tolerant quantum computation.